What is a 5A Molecular Sieve?

What is a 5A Molecular Sieve?

Zeolite molecular sieve 5A can be applied to the separation of n-isomeric hydrocarbons, pressure swing adsorption (PSA) for gases, and the co-adsorption of water and carbon dioxide.

Parameters of 5A Zeolite

Application of 5A Molecular Sieve

Hydrogen is usually produced in an impure form. Typical processes include chemical synthesis through steam reforming of methane, gas removal from a styrene or ethylene plant where hydrogen is produced as a by-product, and petrochemical applications such as hydrocracking or desulfurization. To use hydrogen, a purification process is required. Hydrogen pressure swing adsorption (H2PSA) is a process that exploits the volatility of hydrogen and its overall lack of polarity and affinity for zeolite to purify contaminated air streams.

Hydrogen production usually includes the production of contaminants or by-products which need to be removed. It includes compounds such as carbon monoxide, carbon dioxide, nitrogen, water, and unreacted hydrocarbons. Hydrogen PSA uses preferential adsorption of these components to remove them from the hydrogen stream to produce purified hydrogen.

Traditionally, hydrogen PSA uses multiple screening beds and consists of four stages: adsorption, decompression, regeneration, and re-pressurization. In this process, impure hydrogen flows into a sieve bed where impurities are selectively adsorbed to the 5A molecular sieve under pressure. After the adsorption, regeneration is accomplished by decompressing the bed, which reduces the affinity of the impurities and thus allows them to be discarded. Further purification of the bed is achieved by purging with pure hydrogen to remove any remaining contaminants. The bed is pressurized again to repeat the adsorption process. The beds run synchronously to allow continuous hydrogen production.

Petrochemical plants use a variety of olefin and other hydrocarbon feedstock streams to produce products. Lower olefin, ethylene, and propylene are the most widely used feedstocks in the petrochemical industry. Ethylene is the primary raw material used to meet most of the global demand for polyethene, ethylene oxide, dichloroethane, and styrene. Propylene is the main raw material used in the production of polypropylene, propylene oxide, acrylonitrile, isopropyl benzene, and acrylic acid. More than 50% of ethylene and propylene produced globally is used to produce polymers.

Impurities in ethylene and propylene include water, oxygenated compounds, and sulfur compounds that can negatively affect plant performance, damage equipment, and poison catalysts used in downstream reaction processes. Naike chemical 3A zeolite molecular sieves are primarily used to remove water in these applications, while 13X zeolite and other speciality adsorbents are used to remove oxygen-containing compounds and sulfur impurities to low levels, thus ensuring reliable, efficient, and predictable plant performance.

Zeolite 5A Storage and Regeneration

Molecular sieve 5A should be stored in the original pack or air-proof package in cool and dry conditions and should not be exposed to open air.

Zeolite type 5A can be regenerated by increasing temperature or reducing pressure. 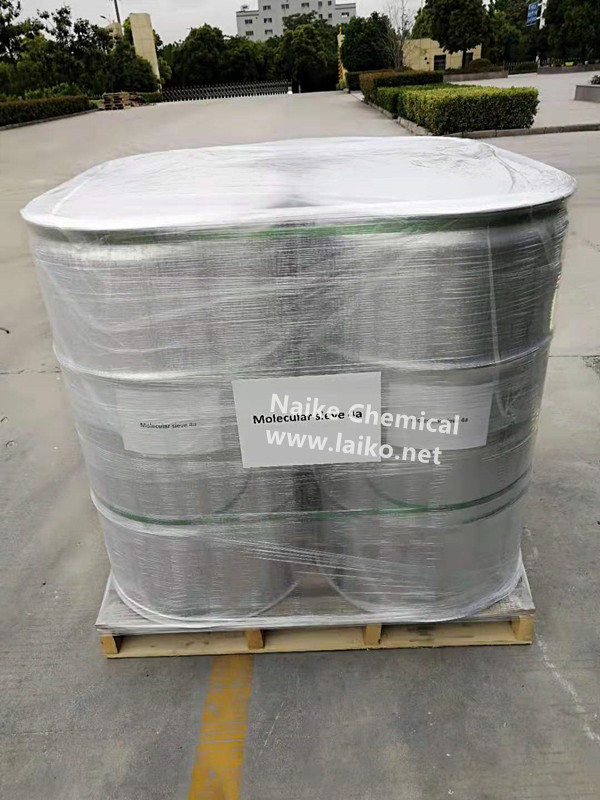 The Role of 4A Molecular Sieve in the Daily Chemical Industry Why ZSM-5 Is An Important Zeolite? The Replacement Method of Activated Alumina Desiccant Introduction of Inert Ceramic Balls