PSA Oxygen is favoured by the majority of users because of its significant advantages, it is widely used in metallurgical combustion, the chemical industry, environmental protection, building materials, the light industry, medical treatment, aquaculture, biotechnology, sewage treatment and other fields.

PSA Oxygen is based on the principle of variable pressure adsorption and uses high-quality zeolite molecular sieves as adsorbents to produce oxygen from air under a certain pressure. The compressed air, which has been purified and dried, is adsorbed under pressure and desorbed under reduced pressure in the adsorber. Due to the aerodynamic effect, the rate of diffusion of nitrogen in the micro-pores of the zeolite molecular sieve is much greater than that of oxygen, and the nitrogen is preferentially adsorbed by the zeolite molecular sieve, while the oxygen is enriched in the gas phase to form the finished oxygen. Then by reducing the pressure to atmospheric pressure, the adsorbent desorbs the adsorbed nitrogen and other impurities to achieve regeneration. Generally, two adsorption towers are set up in the system, one for the production of oxygen by adsorption and the other for regeneration by desorption. The PLC program controller controls the opening and closing of the pneumatic valve so that the two towers are cycled alternately to achieve continuous production of high-quality oxygen. The whole system consists of the following components: a compressed air purification component, air storage tank, oxygen and nitrogen separation device, and oxygen buffer tank; if cylinders are needed, an oxygen booster and cylinder filling device will be added at the end.

The advantages of using PSA Oxygen include.

Compared to other methods (including membrane and deep cooling), as well as bottle nitrogen and liquid nitrogen, PSA technology has lower operating costs on a small to medium scale.

4. Reliable operation of the machine

The organic combination of the scientific gas distribution structure, the unique carbon molecular sieve filling process and the automatic compression compensation system enables the normal service life of the adsorbent to be more than 10 years.

The use of imported pneumatic switching valves and an imported PLC control system ensure continuous operation of the device and uninterrupted production of nitrogen.

The raw air is pressurised by the Oxygen Concentrator and then passes through the air pre-treatment device to remove solid impurities such as oil, dust and water, and is cooled to room temperature, after treatment the compressed air enters the adsorption tower equipped with zeolites by the inlet valve, the nitrogen and carbon dioxide in the air are adsorbed and the outflow is high purity oxygen when the adsorption tower reaches a certain saturation, the inlet valve closes, the flushing valve opens and the adsorption tower enters the flushing After the flushing valve is closed, the desorption valve is opened to enter the desorption and regeneration stage, thus completing a cycle. 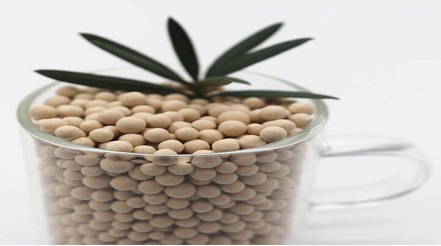