1. Use of activated alumina

Activated alumina belongs to the category of chemical alumina, and activated alumina is used for adsorbents, water purifiers, catalysts and catalyst carriers. Activated alumina has selective adsorption capacity for gas, water vapor and moisture in some liquids. After the adsorption is saturated, it can be heated at about 175-315 ℃ to remove water and resurrect. Adsorption and resurrection can be performed multiple times. In addition to being used as a desiccant, it can also absorb the vapor of lubricating oil from polluted oxygen, hydrogen, carbon dioxide, natural gas, etc. And can be used as catalyst and catalyst carrier and chromatographic analysis carrier.

Activated alumina can be used as a defluorination agent for high fluoride drinking water (large defluorination capacity), a defluorination agent for circulating alkanes in the production of alkyl benzene, a deacidification and regenerating agent for transformer oil, used in oxygen production industry, textile industry, electronics industry, etc. Industrial gas drying, automatic instrument air drying, as desiccant and purifying agent in chemical fertilizer, petrochemical drying and other industries (dew point can reach -40 ℃) in the air separation industry, pressure swing adsorption dew point can reach -55 ℃. It is a high-efficiency desiccant for deep drying of trace water, which is very suitable for heatless regeneration devices.

(2) pH value of raw water: when the pH value is greater than 5, the lower the pH value, the higher the adsorption capacity of activated alumina.

(4) Raw water alkalinity: The high concentration of bicarbonate in raw water will reduce the adsorption capacity. 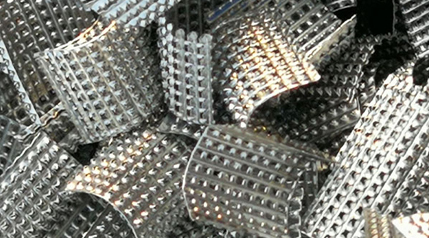