ZSM-5, Zeolite Socony Mobil #5, is a catalyst first made by Argauer and Landolt in 1969 and patented by Mobil Oil Company in 1975. It is an aluminosilicate zeolite that belongs to the pentasil family of zeolites. Its chemical formula is NanAlnSi96–nO192·16H2O (0<n<27). The ratio of silica ZSM-5 is greater than the alumina. It has acidic properties due to the existence of aluminium and Si/Al ratio of ZSM-5 catalyst. This property makes the catalyst has the function as catalyst support, adsorbent, etc. What's more, it is known as ZSM-5 because it has a pore diameter of 5 angstroms.

ZSM-5 is an important zeolite catalyst, so ZSM-5 exhibits high catalytic performance and is widely applied to important processes across a broad range of industries. In the petroleum refining industry, ZSM-5 is used for isomerization, alkylation, and aromatization of hydrocarbons due to its high thermal and hydrothermal stability among solid acid catalysts. And hydrocracking and hydroisomerization can provide a broad range of high-quality chemicals, including gasoline, diesel, and petrol. All in all, the high performance of this zeolite makes it a truly indispensable material across many industries. 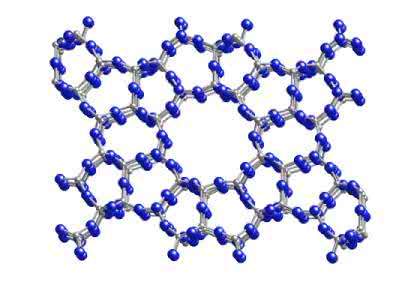 The molecular structure of ZSM-5 zeolite

ZSM-5 zeolite has pores of uniform size, which is advantageous when molecules larger than a channel size cannot form in the zeolite, except sometimes at intersections.  The pore size of ZSM-5 zeolite is also particularly suitable for the formation of C7 and C8 alkenes and their cyclization into the corresponding aromatic compounds.  This unique property of ZSM-5 limits the formation of dicyclic and tricyclic aromatic compounds as coke precursors

The special property-shape selectivity makes commercial uses of ZSM-5 zeolite particularly suitable. The term "shape selectivity" was coined by Weisz and Frilette in 1960 to describe the unique catalytic properties of pore molecular sieves.

【1】 It was not until later that the availability of the synthetic medium 6A pore zeolite extended the range of shape selectivity. Ultimately, it is the homogeneity and moderate pore size of ZSM-5, as well as the possibility of forming product molecules, that make Pentasil family zeolites suitable for shape-selective catalysis. ZSM-5 zeolite differs from most other molecular sieves in that its shape selectivity has a very wide dynamic range.

Reactant selectivity means that only a certain type of reactant molecule (small in size compared to other molecules) diffuses through the catalyst hole. For example, Mobil's distillate dewaxing process is a reactant shape selection process in which only the straight or slightly branched paraffin present in the distillate can enter the ZSM-5 well, where they are cracked into lighter products. This results in a less "waxy" product with a lower pour point.

This occurs when both the reactant and product molecules are small enough to diffuse through the channel, but the reaction intermediate is larger than the reactant or product and is subject to special restrictions. Under these conditions, monomolecular rather than bimolecular transition states are preferred. The most important example of limiting transition state selectivity is the absence of early cooking of the ZSM-5 zeolites. This shape selectivity plays a central role in the selective cracking of alkanes in ZSM-5 zeolites. For example, the spatial strain of the larger transition state complex required for cracking 3-methyl pentane in ZSM-5 is the proposed reason for its lower activity than n-hexane. The conversion of methanol to gasoline (MTG) is another important example of transition state shape selectivity, where the available space in the ZSM-5 cavity determines the maximum bimolecular reaction complex that can be formed.

This occurs when some of the product formed in the hole is too large to diffuse out and show up as the observed product. They are either converted to smaller molecules (by equilibrium, for example) or eventually deactivate the catalyst by blocking the pores. The disproportionation of m-xylene is the best example. In the alkylation products, 1,3, 5-trimethylbenzene will be formed preferentially over the macromolecules 1,3, 5-trimethylbenzene. Similarly, in the isomerization of xylene, the para isomers are formed in preference to the ortho isomers.

One of the unique shape-selectivity characteristics of H-ZSM-5 is its para-selectivity in electrophilic substitution reactions such as alkylation and disproportionation of alkyl aromatics. By adjusting the acid activity of zeolite and controlling the diffusion parameters, high para-selectivity can be obtained. 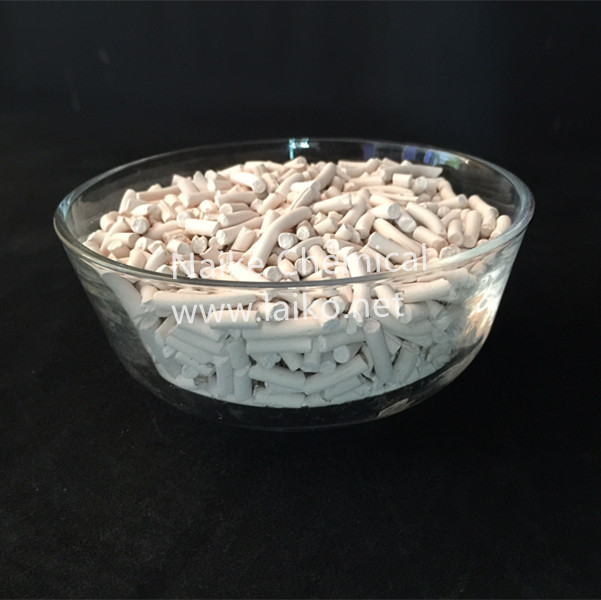 The above properties of ZSM-5 zeolite make it an excellent catalyst for a variety of industrial processes, including shape-selective cracking, such as M forming, distillate dewaxing, and lube dewaxing processes. Aromatization processes such as M-2 formation, cyclization, aromatization, and methanol-to-gasoline (MTG) conversion also benefit from the synthesis of ZSM-5 zeolite as well as xylene isomerization, toluene disproportionation, ethylbenzene synthesis and selective transformation of p-ethyl toluene. There is no doubt that ZSM-5 zeolite is a very valuable material in many industries.